Posted at 20:40h in Blog by Jason 0 Comments
Share

If you’re considering designing and constructing a cleanroom, but aren’t exactly sure what ISO classifications are, you’ve come to the right place. Let’s air out some of the confusion. First of all, cleanrooms are classified by how pure the air is. Specifically, classifications are designed to categorize a cleanroom by the number of particles found in the lab’s air. The cleanroom classification standard ISO 14644- 1 uses particular particle count measurements to categorize the cleanliness or air purity level of a clean zone or cleanroom.

Outside air in a metropolitan area has about 35,000,000 particles for each cubic meter within the range 0.5 μm (μm = micrometer) and bigger in measurement, which is the equivalent of an ISO 9 cleanroom. On the other end of the ISO spectrum, an ISO 1 cleanroom allows no particles in that range (0.5 μm and bigger in measurement), and only 12 particles for each cubic meter that is 0 .3 μm and smaller. 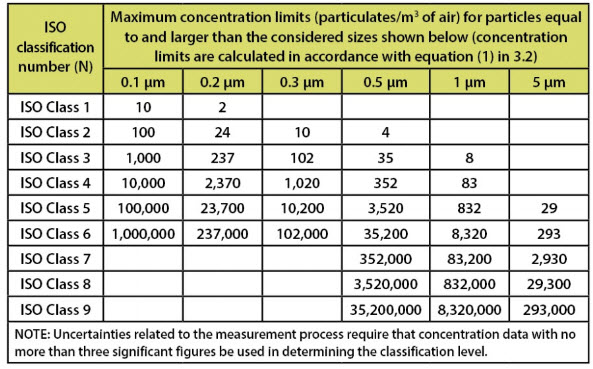 Which ISO Classification is Right for your Cleanroom?

There are several factors in determining which classification to use for your cleanroom. For example, in the medical device industry, the default classification is an ISO 7 cleanroom. Some questions to keep in mind when considering how to design your cleanroom: What are possible sources of contamination? How much air circulation do I need? Which particle sizes do I need to successfully filter out?

However, if your company is having trouble determining which ISO class to use for your cleanroom, there are several cleanroom design and construction companies that employ experts to help business determine the proper controlled environment 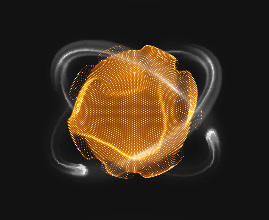