What are ISO 14644-1 Cleanroom Classifications?

If you’re considering designing and constructing a cleanroom, but aren’t exactly sure what ISO classifications are, you’ve come to the right place.

Let’s air out some of the confusion.

First of all, cleanrooms are classified by how pure the air is.  Specifically, classifications are designed to categorize a cleanroom by the number of particles found in the lab’s air. The cleanroom classification standard ISO 14644-1 uses particular particle count measurements to categorize the cleanliness or air purity level of a clean zone or cleanroom.

Outside air in a metropolitan area has about 35,000,000 particles for each cubic meter within the range 0.5 μm (μm = micrometer) and bigger in measurement, which is the equivalent of an ISO 9 cleanroom. On the other end of the ISO spectrum, an ISO 1 cleanroom allows no particles in that range (0.5 μm and bigger in measurement), and only 12 particles for each cubic meter that is 0.3 μm and smaller. 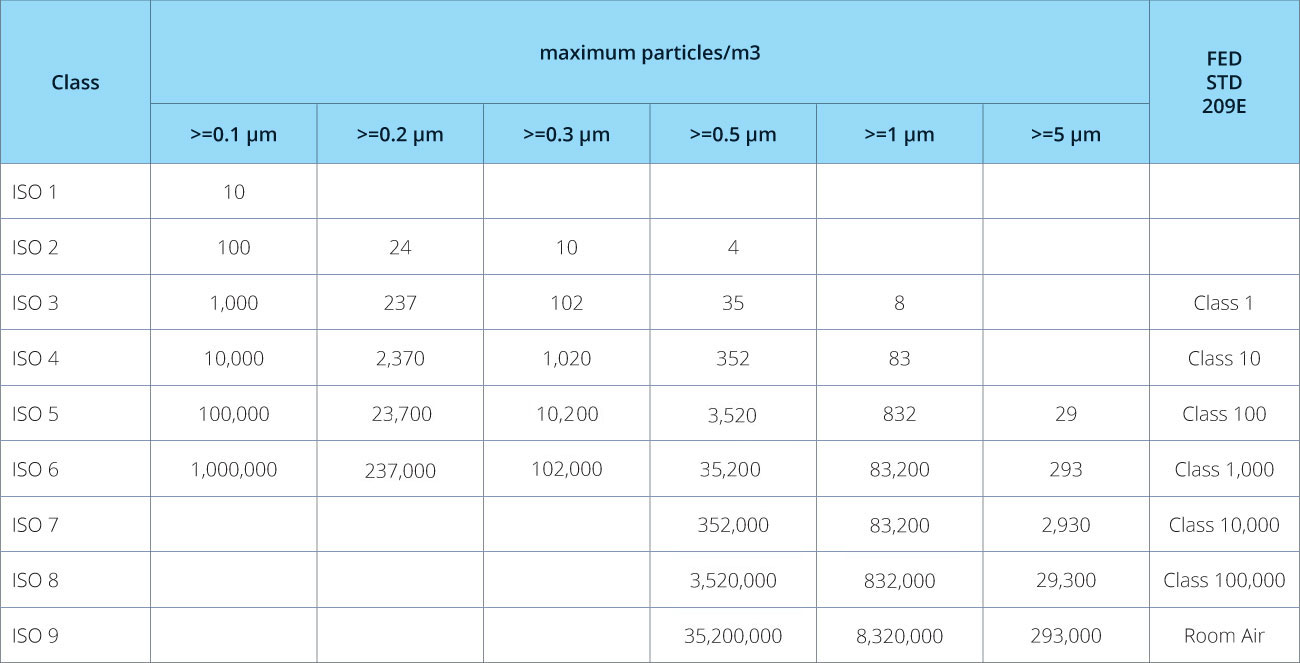